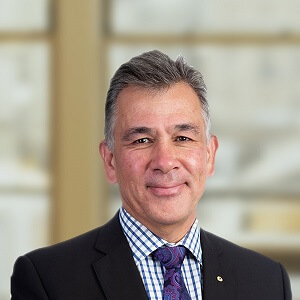 An experienced lawyer, he has acted in complex disputes and transactions for a range of clients both nationally and internationally. He is also an Accredited Specialist in Immigration Law acting for Business, Corporates and Individuals.

Glenn Ferguson AM is the Managing Director of FC Lawyers. He is a Solicitor of the High Court of Australia and the Supreme Court of Queensland.

The Queensland Premier selected him in 2004 to Chair Smart Exports Queensland. He has been appointed by both Federal and State Governments to various advisory boards and task forces in the legal, migration and business sectors.

Glenn has also held or continues to hold a number of board positions in both the public and private sector in the insurance, superannuation, education, sport, charity and information technology areas including chairing a publicly listed company. He is often sought as a speaker in relation to Corporate Governance issues both nationally and internationally.

In the 2015 Australia Day Honours, Glenn was made a Member of the Order of Australia “For significant service to the law and to the legal profession, both nationally and in the Asia-Pacific region, and to the community”.