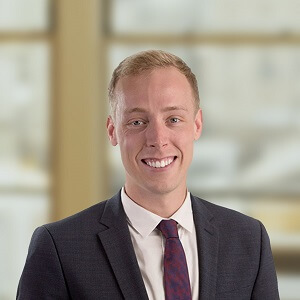 Duncan MacDougall is a lawyer practising with the Wills and Estates team at FC Lawyers in the areas of estate planning, estate administration and estate litigation.

Duncan grew up and worked on his family’s grain farm in southern Alberta where he initially developed an interest in business and estate planning. Before he moved to Australia, Duncan worked in contracts and procurement at Edmonton International Airport and was an office clerk for the Department of Justice Canada in Calgary.

Whilst in Canada, Duncan played ice hockey, enjoyed skiing and was involved with community and agriculture clubs. Now living on the Sunshine Coast, you can find Duncan exploring everything Queensland has to offer including beaches, hiking trials, cafes, markets and waterways in his kayak.

Duncan has developed a keen interest in succession law and is working to become a well-rounded lawyer in this field.